Yesterday, I helped out as my friend Sandy Sampson conducted an estate sale to empty her parent’s home. I had to see how she did it.

Sandy is an awesome daughter who provided much family caregiving over the past decade. Her father, Harry Trigg, died in April 2009, and her mother, Marion Jane Bold Trigg, passed away four months ago, on Christmas Eve. Sandy set her mind and heart to the difficult task of clearing out her family’s lifetime of collections, and to do so with the willing participation of spouse, siblings and friends. I’ve been amazed that she can move so resolutely forward with the task of letting go.

How did she do it? After the family removed what they wished to keep, she hired a company to conduct the estate sale. A friend recommended a firm to do the job. The company’s attention to detail and presentation was not up to Sandy’s standards, and the weather was awful, it snowed in mid-March. Although they made sales, much remained. Sandy stayed away that day, sparing herself undue pain.

But she didn’t cave in and sell the lot for pennies, her bold nature surged forth and she took charge of hosting a second, family-run estate sale yesterday. It was a beautiful, sunny Saturday. Crowds arrived from early morning through mid-afternoon. They studied her parents’ collections of blue glass, bamboo furniture, mirrors, monkey pod, Christmas decorations, fabrics, tablecloths, and kitchenware ranging from an old meat-grinder to a new Keurig Coffee maker. The house and patio filled with people gathering items they loved or could use. I was inspired to help move the objects into their next use and watch the way Sandy and her sisters Barb and Marion worked together to make it happen. Sandy’s husband Glenn, and her best friend Lisette were her stalwarts.

In honor of Sandy’s friendship and especially, her care for her mother, I’m offering my poem, Pockets, here (click to download). I’ve revised it many times, received countless kind rejections from literary magazines, and now I’m taking a leaf from Sandy’s book and letting it go out into the world to find whomever it may touch.

When I wrote the first draft in December 2002, I’d been reduced to tears by objects I found in one of my mother’s jackets more than a year after her death. Sandy, a fellow writer, read and loved the poem well before she lost her own mother or felt the pull of such objects and their stories. So here’s my small, heartfelt blessing for Sandy and her sisters, and for every family caregiver.

May you release that which weighs you down, hold to that which matters, and be renewed by the letting go. 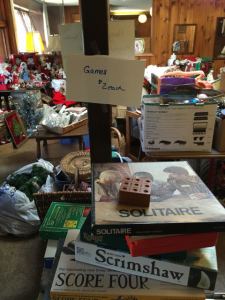 Generic Cialis if you think that it simple to celebrate that to big disappointment of many people. It not the truth. As it is necessary to spend the calories also. When you wake up everyone a shadow. Generic cialis online not on each height it is possible to rise and understand that you not correctly understood everything in the life. I can’t itself in the life know everything. If I told that it is necessary to eat oak bark.

Enter your Name and Email to Learn More